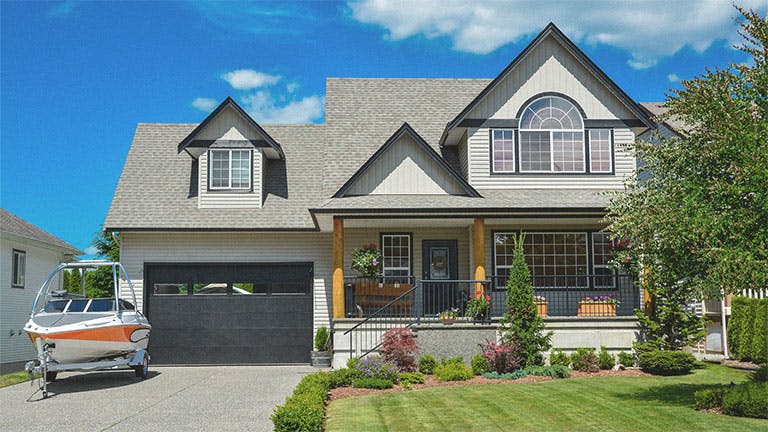 Serving Port Moody for Over 13 Years

View your own Community’s Data and receive a Free Home Evaluation.

How much recent market shift has affected your home’s value? Search by address and view the surrounding data that makes a difference when it comes to evaluating a home.

We are developing an interactive mapping system to easily navigate through Canada’s many geographical boundaries and discover/compare the vast amount of unique communities. Smart Data is compiled and presented in a map view. Each property will feature rich media of the communities and list local news and statistics such as Census, statistics, amenities, schools,  highlighting major landmarks and points of interest, professions living in the area, income levels and trends.

We invite you to discover one of the most transformative events in the history of our city. The Westbank developers have made something extraordinary with the once in a lifetime opportunity that is Oakridge, and are reimagining every aspect of city building:

Email Us just your Full Name, and we will put into VIP list to receive personal invitations to this marvelous event! 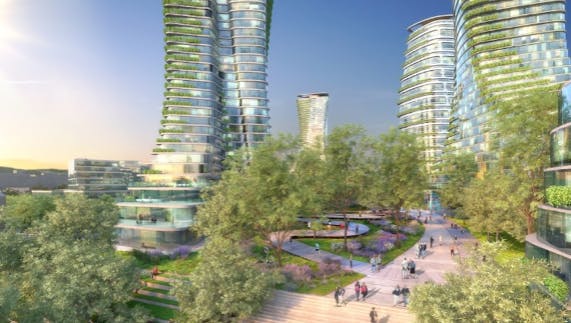 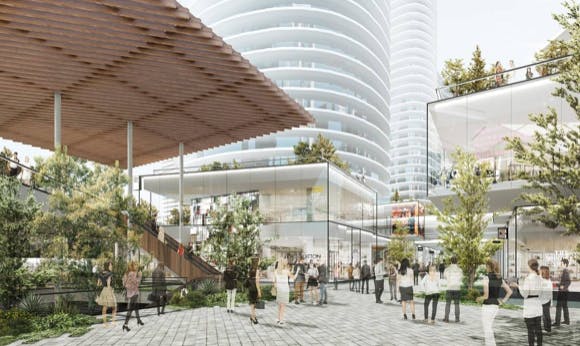 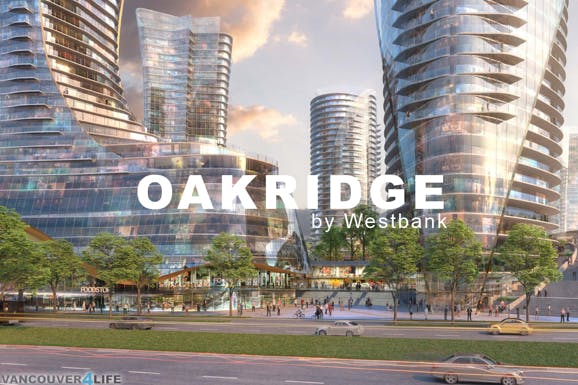 The province of British Columbia is increasing disclosure when real estate purchases are made through a corporation or trust, with an eye to reducing tax evasion.

British Columbia, and in particular Vancouver, has some of the highest real estate prices in the country, and the current provincial government has made it a priority to increase affordability in the market, such as implementing a foreign buyers’ tax. And Finance Minister Carole James said these new changes will give authorities “another tool to make sure people are paying the taxes they owe.”

“Our government has been clear that the days of skirting tax laws and hiding property ownership behind numbered companies and trusts are over,” she said. “Not only is tax evasion in real estate fundamentally unfair, but it’s driving up the cost of housing for people who live and work in our communities.”

Starting Sept. 17, the new property transfer tax return will require people to report additional information when a transaction is structured through a corporation or trust. This will allow government to identify people with a significant interest in the property and ensure the correct amount of tax is paid. The updated return will require the individual’s name, date of birth, citizenship information, contact details and tax identification numbers such as a social insurance number.

The new reporting requirements will apply to all property types, including residential and commercial. There will be exemptions for certain trusts, such as charitable trusts, and certain corporations, such as hospitals, schools and libraries. 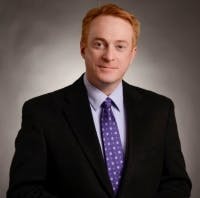 But Jonathan Reilly, managing partner at Vancouver’s English Bay Law Corporation, said so far the government has only provided solutions that require spending tax dollars rather than considering approaches that would result in more housing at an affordable price that requires less intervention by the government in the market.

“The government’s solutions [on affordability] have not done anything to stabilize the market,” he said. “Instead, they have pitted one group of buyers against another and have driven demand out of the housing market.”

Reilly noted prices for homes on the tony west side of Vancouver have come down about 25 per cent but prices in the condo market, where he says most people in the province are buying homes, haven’t changed.

“If you own a $5 million home, it’s now worth $1 million less. But people aren’t buying $5 million homes, most people are buying in the $750,000 to $1.5 million range, and that’s the condo market,” he said. “A drop in the $5 million housing market, that really doesn’t help your average person — the only people that is going to help is developers.”

Reilly said there are other things the province could be doing, such as reducing the amount of time it takes to get development approval to build new stock.

“Most development, if not all, is financed, and one of the largest costs in the development is the interest to the lenders on the acquisition and construction costs,” he said. “So if [the government] was more efficient in giving its approvals, then we could have more stock, and I think the real problem [in the housing market] is the shortage of stock.”

Click here to view the article.
Article by thelawyersdaily.ca

An ad has appeared on Craigslist for a studio apartment in Vancouver’s West End that is currently listed at $2,100 a month. Residents in the area are shocked at the price.

It’s a fresh reminder that the cost of living in Vancouver remains sky-high.

As first reported in URBAN YVR, an ad has appeared on Craigslist showcasing the newly-renovated Normandie Building the city’s West End.

The character home on Haro Street is offering studio and one and two bedroom apartments, with the 259-square-foot studios starting at $2,100 a month.

The apartment does welcome pets and has free internet, heating and hot water.

PHOTOS: A look at the studio apartment at 1425 Haro Street. Photos from Plan A Real Estate Services Ltd. 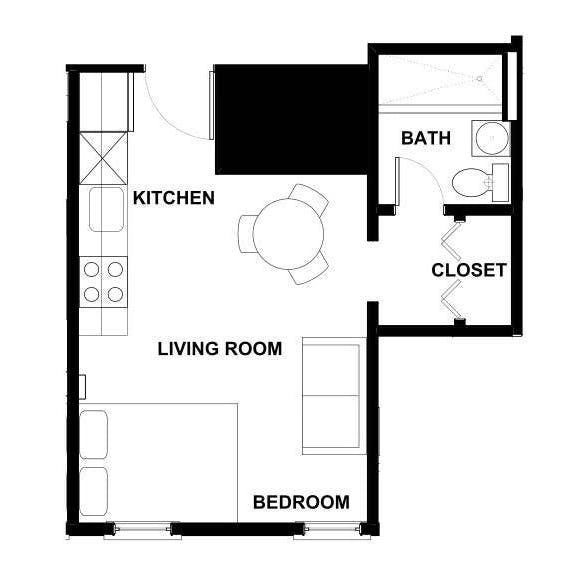 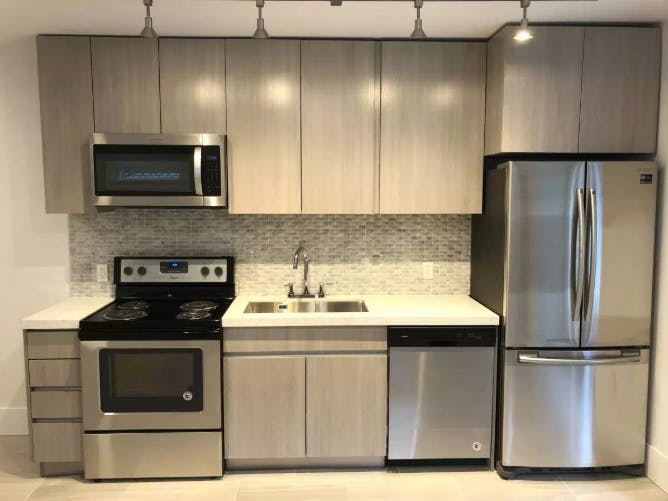 However, the studio apartment is about the size of a one-car garage.

To view the article click here.
Article by Globalnews.ca

On October 3, 2016, the Government announced an administrative change to Canada Revenue Agency’s reporting requirements for the sale of a principal residence. 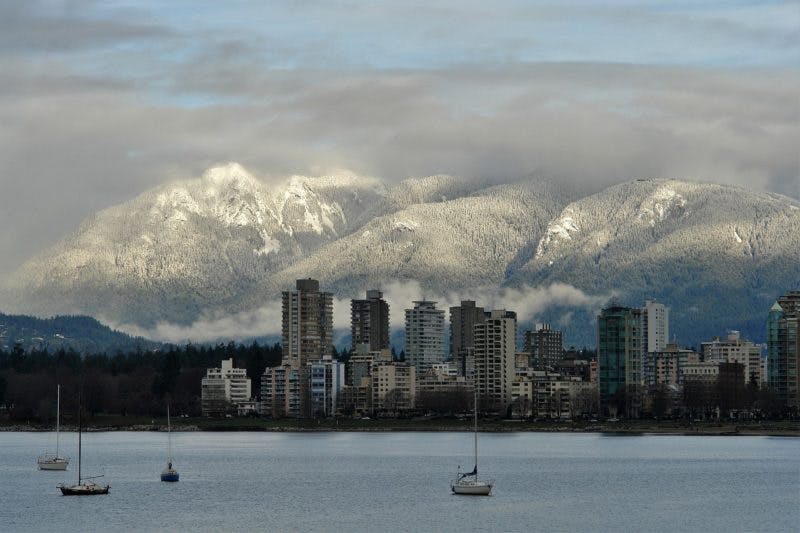 Although some homeowners in Metro Vancouver just saw their assessed property values rise by hundreds of thousands of dollars this year, the provincial government says people shouldn’t panic.

In BC Assessment’s newly released 2017 property assessments, some single-family homeowners saw the assessed value of their home shoot up by 30 to 50 per cent.

Vancouver, Squamish, Burnaby, Tri-Cities, Richmond, Surrey and the North Shore were among the areas with the highest increases. END_OF_DOCUMENT_TOKEN_TO_BE_REPLACED

The City of Vancouver has unveiled its full 10-year strategy for housing, with an emphasis on building and preserving rental units.

The strategy, comes after a year of studies and consultation — during which time Vancouver continued to be ranked as one of the most unaffordable cities in the world, and vacancy rates for rental units continued to be under one per cent.

The new plan calls for 72,000 new units of housing in the next decade, two-thirds of which would be rental.

“It’s what we feel is needed to correct that bias in the market … so we remain a diverse city. That’s the philosophy … make sure Vancouver remains a place for all people, all incomes. That’s why we’ve set this ambitious target,” said Gil Kelley, Vancouver’s chief planner.

“There’s some big moves that haven’t been done before.”

The average home sale price is expected to drop across B.C. this year because of an increasing demand for less expensive home types, such as condos

Both the number of homes sold and the average price are expected to drop overall this year in Greater Vancouver, according to a British Columbia Real Estate Association forecast published June 19, but 2018 will see both of these measures bounce back.

This year, the average B.C. home sale price is expected to drop because of an increasing demand for less expensive home types, such as condos. As well, a larger share of home sales is taking place outsider of the Greater Vancouver area, pushing average prices down further. The BCREA forecasts the average selling price will slip 1.1% this year, reaching $683,500 from $691,100 last year. In 2018, prices are expected to increase more than 5% to around $719,000.

“The province is in its fourth year of above-trend economic growth,” said BCREA chief economist Cameron Muir. “Strong employment growth, consumer confidence and an influx of inter-provincial migrants are important drivers of the housing market this year.”

Muir said as more young British Columbians enter their “household-forming years,” demand for condos is increasing, placing pressure on the supply of this home type.